VIDEO: With your help, Kelowna Santas was able to give a gift to 620 kids this Christmas

In our 8th year of keeping the spirit of Christmas alive for children who may otherwise go without something special to open on Christmas morning, Kelowna Santas wish to thank and recognize the many businesses who gifted children through their large donations.

To the businesses and volunteers, we can't thank you enough, but we'll try to give you the appreciation you deserve.

As our 2020 Title Sponsor, you also made a generous $5,000 donation to Kelowna Santas to purchase toys for children in need. 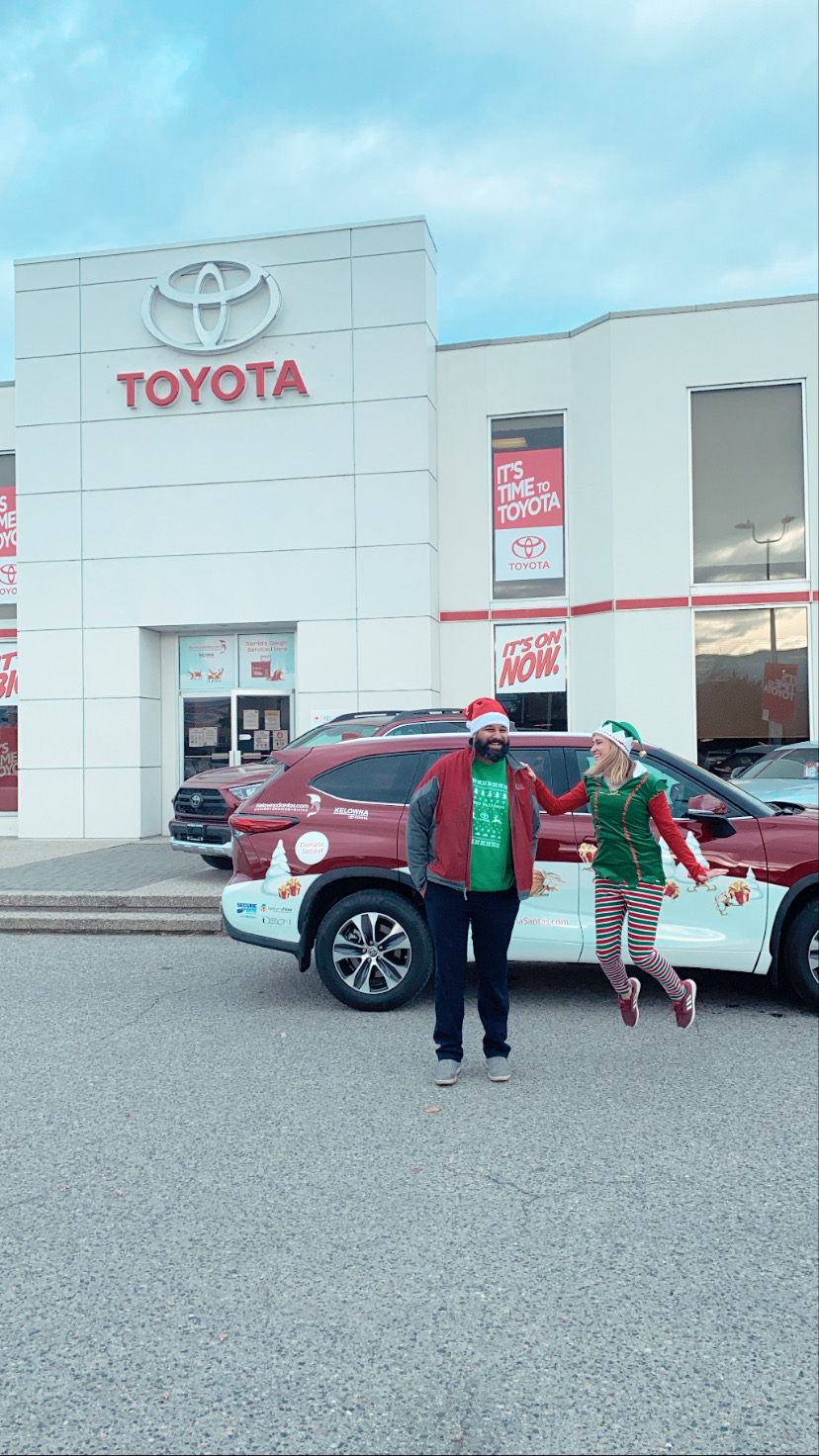 Along with their impeccably designed Kelowna Santas DropBox Sponsorship, you helped donate $1,500. 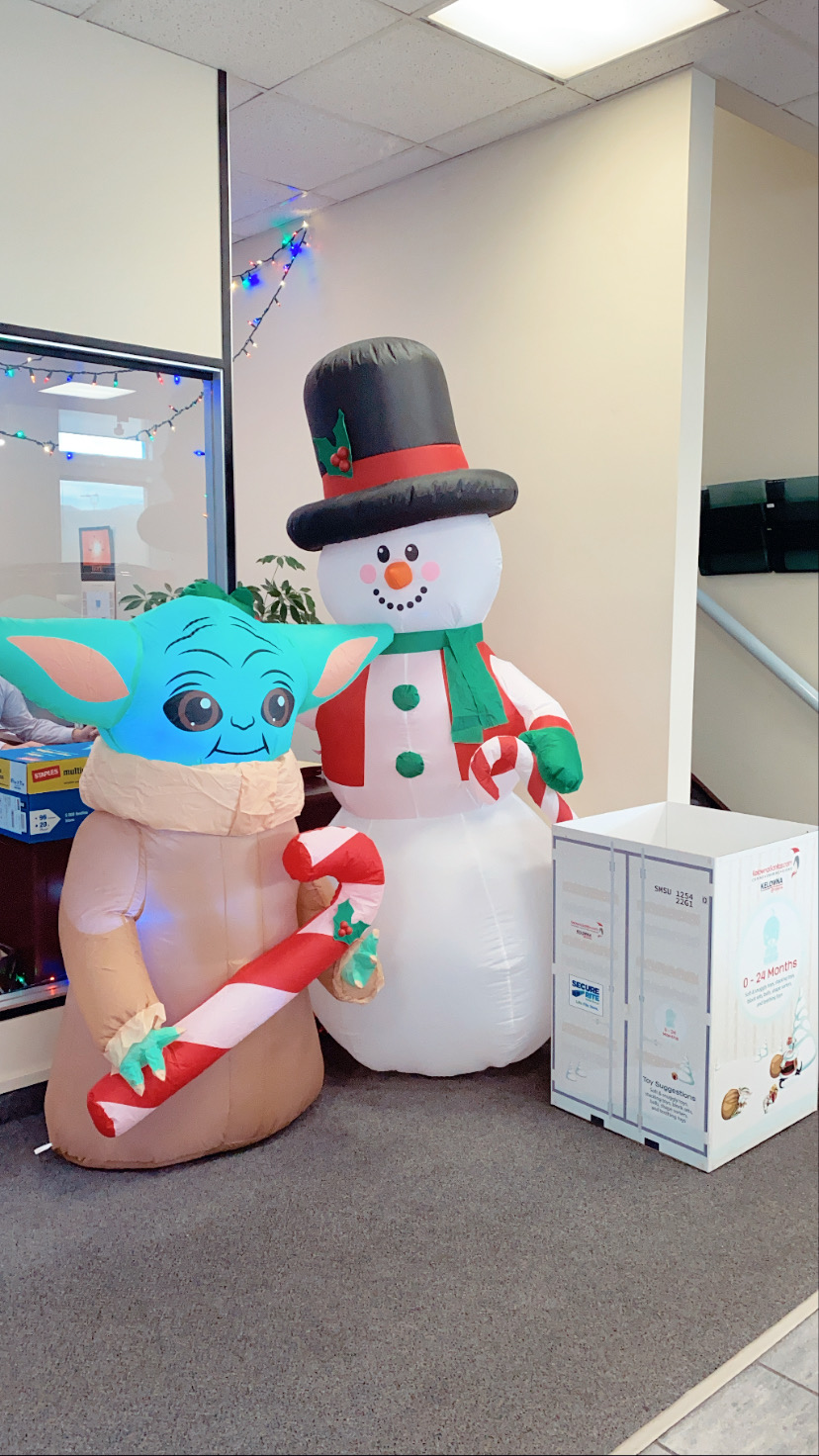 As the primary gift wrap sponsor, you also went out of your way to donate $1,500 so the elves could purchase supplies to wrap over 1,600 presents this year!

Thank you to the team who donated, wrapped and delivered to 50 families. 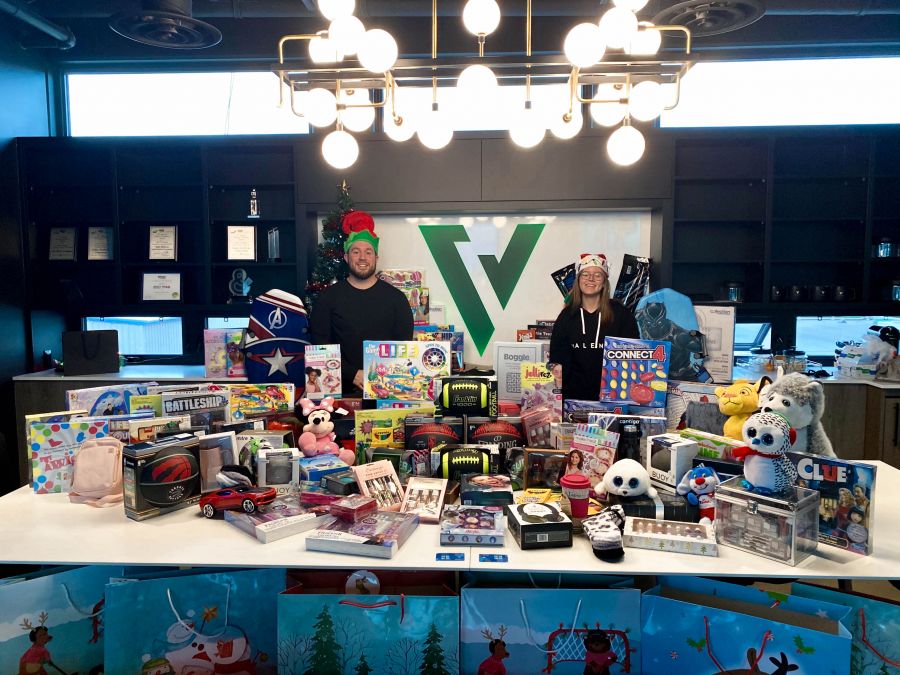 "Thank you for spearheading such an incredible initiative! We had so much fun being involved with Kelowna Santas this year," said Lindsay Doucette Communications Manager.

In the attached photos above and below, you’ll see our organizer, Jenn; HR Manager, Daina; CEO, Co-Founder & Chair, Tyler Robson (who personally went out and purchased a lot of our toys!); As well as his Executive Assistants, Dawn & Taylor. 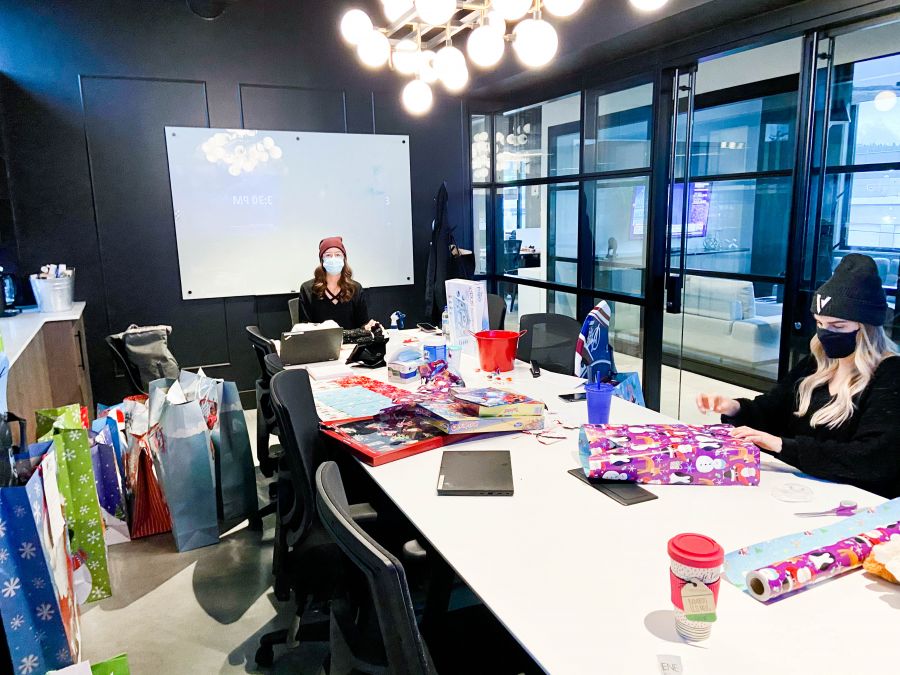 Thank you for being extremely kind. The TD team donated $1,500 to Kelowna Santas to help make a difference this holiday season. All their Kelowna Branches were Drop Locations.

To the entire team of Kelowna’s local bus drivers union, thank you for generously donated $1,000, which will truly help prevent any child from going without on Christmas morning.

As always, Kelowna Santas is pleased to have received another kind cheque donation amounting $500.

As an unexpected surprise, you showed up after your toy run and donated $680

Thank you for dressing up @trueboy04

Doris Major from the Kelowna Calligraphers

As a longtime contributor, you yet again generously put in countless hours to hand-make Santa's gift cards for each present! From the perspective of a child, imagine going without, thinking that Santa forgot you or that you had done something naughty to deserve less than your classmates... but through all of these donations and the beautiful 'Santa's' hand-drawn label, the spirit of Christmas is alive and well in these children and as they mature, we are certain that this will make a positive impact on their lives. Thank you.

To all of our 32 Bussiness/ Drop Locations who assisted in collecting toys this holiday season and making a team contribution too, thank you.

With your fleet, you helped us do the unthinkable and went out of your way to pick up all the collected toys around the Okanagan. 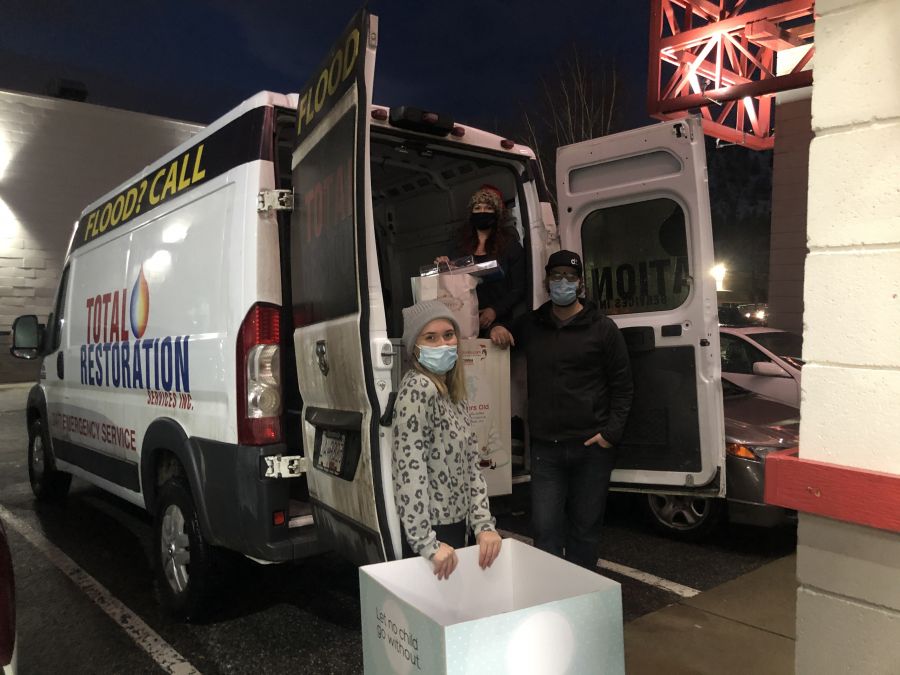 Shout out to all the volunteers this year! We could not have done this without you. They had to wrap the families' gifts at home and then deliver them on Sunday, December 20th to our remote North Pole.

Thank you for opening the bay doors and donating your space so we could stay organized with so many moving pieces. We also want to thank you for allowing us to solve a major problem that we encountered early on. When we desperately needed an alternative to the usual popular wrap party, which would normally be a gathering of many people within 'Santa's Workshop' to move, wrap and distribute gifts, you helped us with the space needed for a few people to move and wrap with ease. 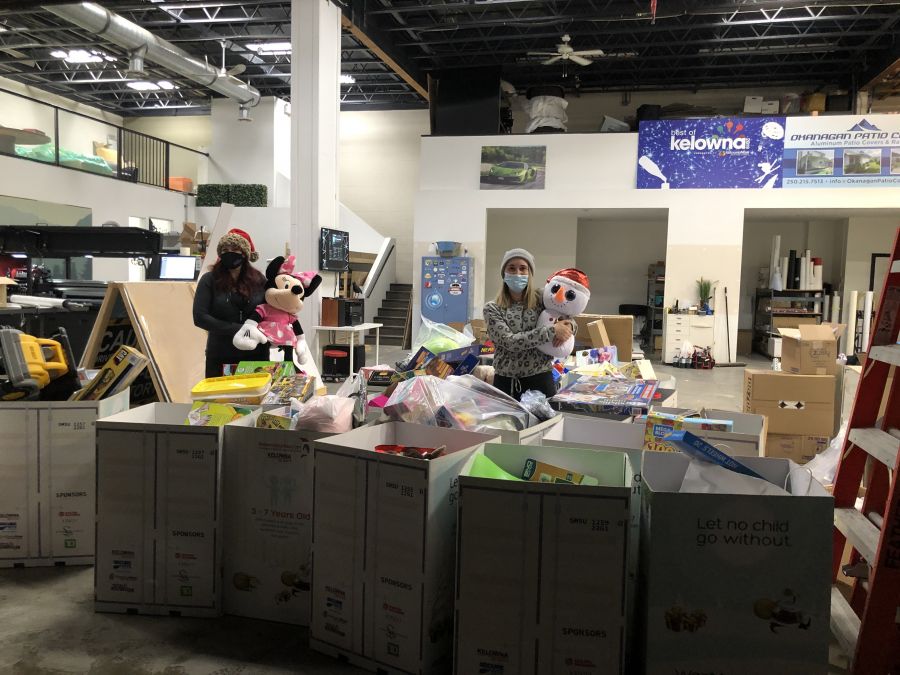 To the community who reads KelownaNow, thank you for keeping your attention with us and for sharing Kelowna Santas with your friends and family.

To our team of journalists, creatives, writers, sales support and more, we thank you for promoting, donating and assisting where you could when called upon.

You donated the boxes and printed them for us, you also went above by shipping them across Kelowna.